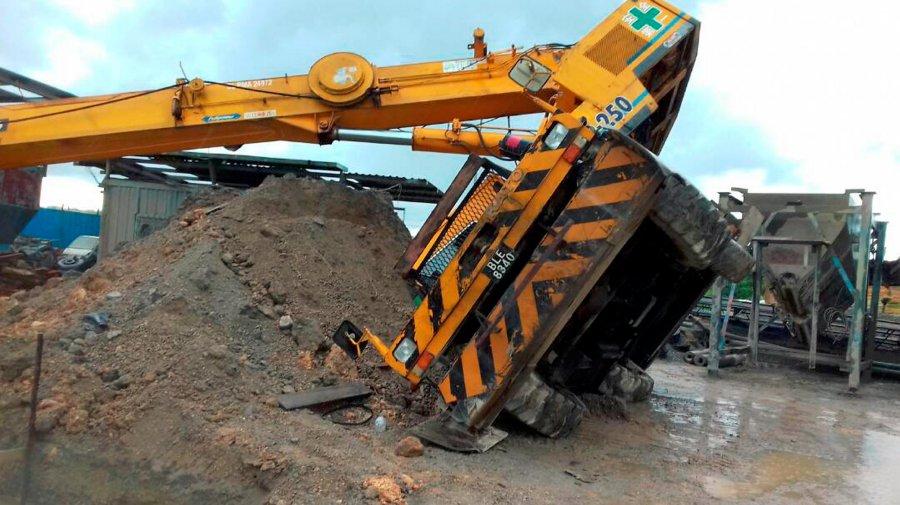 The 65-year-old was earlier summoned to the district police headquarters here to have his statements recorded.

KOTA SAMARAHAN: A 65-year-old crane operator has been arrested to facilitate investigations into the death of two construction workers who were crushed to death by a falling crane last week.

The man was earlier summoned to the district police headquarters here to have his statements recorded.

“The case, which was initially classified as sudden death, has been reclassified under Section 304A of the Penal Code for causing death by negligence,” Dev said in a statement today.

The suspect was later released on police bail.

It was reported that the two victims were busy working at the construction site of a housing project at Taman Capital near here on Friday afternoon when a crane overhead fell on them.

The victims were identified as Muhammad Bake, 49, and Helen Suma Gilbert, 40.

The case is also being investigated by the Construction Industry Development Board (CIDB) and Department of Occupational Safety and Health (DOSH).

Works Minister Datuk Seri Fadillah Yusof had said action would be taken against parties that failed to comply with the rules and regulations at construction sites.