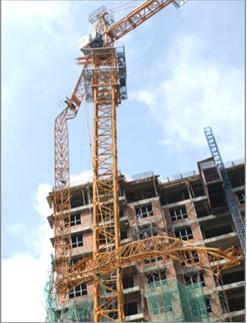 On Thursday, 27th August 2015 at around 9.30am, an incident involving tower crane has occurred. The incident took place when the crane operator was starting to lift the waste container at level 1 and move to the nearest area. Suddenly, the whole boom structure including the cabin fell down from a height of about 23 meters. The incident has caused injury to the crane operator.

Based on the preliminary investigation, it was found that the failure of bolts and nuts at the slewing ring has caused the collapse of the boom, slewing table and cabin. Crane safety, especially related to the failure of critical components such as bolts and nuts, load sensor and wire rope is under scrutiny.

In order to avoid same incidents happen, below are the suggestion to be followed:
References: