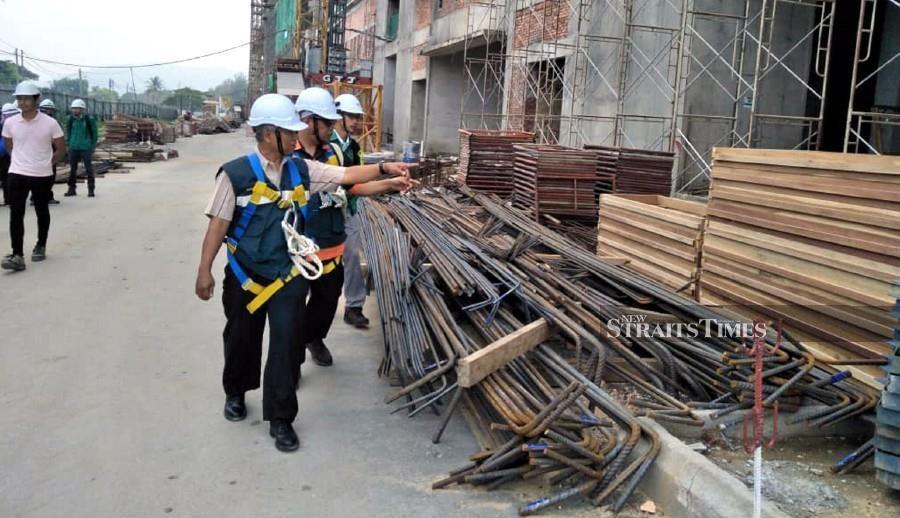 KUANTAN: The state Department of Occupational Safety and Health (DOSH) has issued 16 stop-work orders to construction sites which had failed to adhere to the safety requirements during the ‘Operasi Cegah Runtuh Cegah Jatuh’ between Feb 25 and March 25.

He said the offences included failure to ensure proper floor surfaces at the site, paths not cleared of building materials and workers not using proper protective gear while at work.

“DOSH wants to ensure that workers have a safe working environment and protect them from accidents and work-related illnesses. The National Occupational Health and Safety’s policy has to be adhered by both employers and employees.

He said action could be taken against errand developers through legal means, apart from issuing notices and compounds.

“We want to ensure that working sites are safe and nobody is exposed to any danger,” he told reporters when met after conducting a visit to the Menara Teruntum construction site here today.

Jais said for the 16 sites which had been issued with stop-work order, the department would subsequently ensure that the respective contractors carry out the required improvements before they are allowed to resume work.

Meanwhile, he said Pahang DOSH recorded a drop in death cases reported at the construction sector with only two cases last year compared to five in 2017.

However, he said in the first three months of this year, DOSH recorded one case on Jan 31 which involved a worker in the Jalan Kuantan-Segamat road construction works.