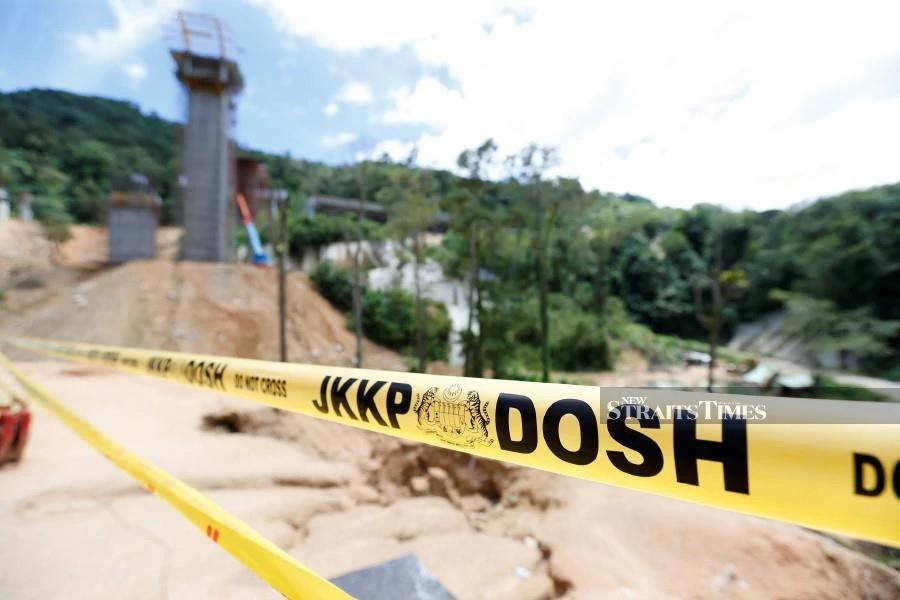 (File pix) State DOSH director Jaafar Leman said the report would be finalised soon and they had been working together with other agencies to conclude the report before taking any further action. NSTP/ RAMDZAN MASIAM

GEORGE TOWN: The Department of Occupational Safety and Health (DOSH) is expected to finalise its investigation into the fatal landslide at the Bukit Kukus paired road project construction site and possibly initiate legal action against the parties involved.

State DOSH director Jaafar Leman said the report would be finalised soon and they had been working together with other agencies to conclude the report before taking any further action.

“We are also in the midst of finalising and preparing the documentations and awaiting for approval from our legal advisor. Then it will be referred to the AGC (Attorney-General's Chambers).

“It is not easy to charge anyone in court, we need to prepare thoroughly, and after that, we have to submit it to the AGC for further action.

“We can’t reveal the details of our probe as well. We must be careful,” he told newsmen, here, today without elaborating further.

Jaafar was met during a site visit to a condominium project at Jalan Pantai Sinaran, here.

A stop-work order was initially issued for the project by the Penang Island City Council (MBPP) and DOSH.

However, both had been lifted recently to make way for mitigation works to commence.

Meanwhile, for another landslide in Tanjung Bungah two years ago, which killed 11 people, Jaafar revealed that one contractor was charged and slapped with a fine in court.

He said that DOSH was awaiting for instructions from the AGC to charge the other parties involved in the incident.

It also issued 78 notices for improvements to be made and 55 prohibition notices during the period.

He said that a total of four people had died at construction sites this year alone.

According to DOSH’s statistics for 2018, a total of 338 accidents at construction sites were reported.