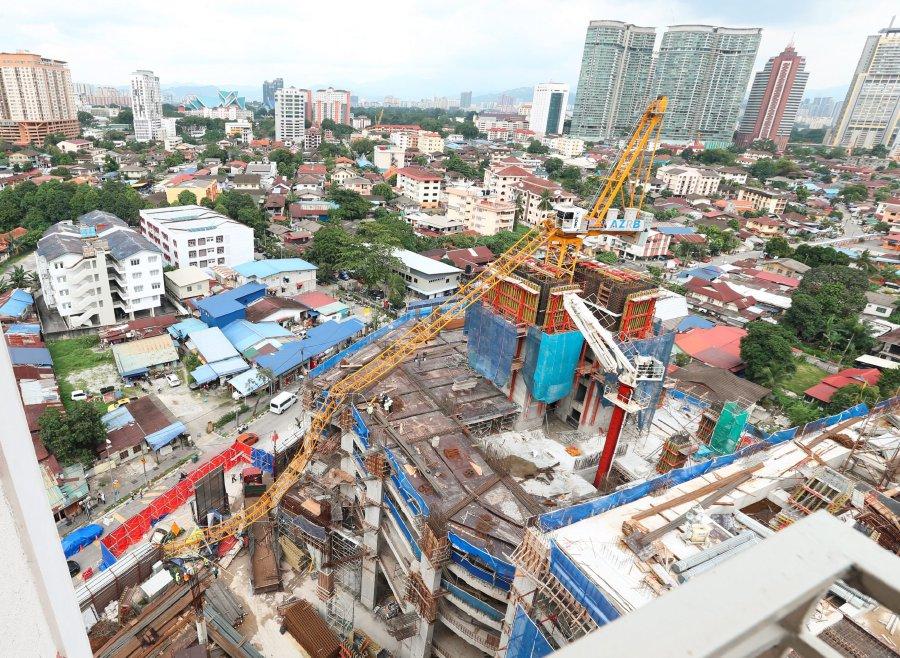 KUALA LUMPUR: “When the crane collapsed, there was strong wind and a loud boom, causing my shop to shake as if there was an earthquake," said Zale Mohd Yani.

“Not long after I heard people screaming and I saw a woman running into my shop before she fainted,” Zale, 24, was recounting her experience when a crane boom collapsed at a construction site of an apartment at Jalan Raja Muda Musa near Kampung Baru here at 12.30pm today.

She said the woman’s shoulder looked swollen but she was not sure if the woman sustained the injury from the crane’s metal parts or it was from the bricks from the construction site.

“I am not sure what caused her shoulder to swell but it looked like it was broken. Several people came to my premises to help the woman.

“She however could not communicate well when she was conscious, and she was rushed to the hospital," she said.

Another victim Zukri Hussin, 57, said during the incident, he was in his car which was parked along the road.

“I sustained injuries on my right hand from a shard of glass after cables hanging from the crane whipped my car’s windscreen, causing it to break,” he said.

In the incident, a construction worker and two pedestrians were reported to be injured and they were taken to Kuala Lumpur Hospital.

The number of victims injured in the incident however could not be ascertained.

“The Persona was damaged at the back as the crane’s boom collapsed on it while the Mercedes’ windscreen was shattered,” he said.

Meanwhile, UDA Holdings Berhad in a statement said the construction work was halted to allow investigation.

“UDA has taken immediate steps to inform respective parties to close the area. A thorough investigation is being conducted to find out the cause of the incident.

“UDA Holdings Berhad regrets the incident and will take very measure to ensure that the incident does not recur,” the statement read.

It added that further details would be released once investigation was completed.