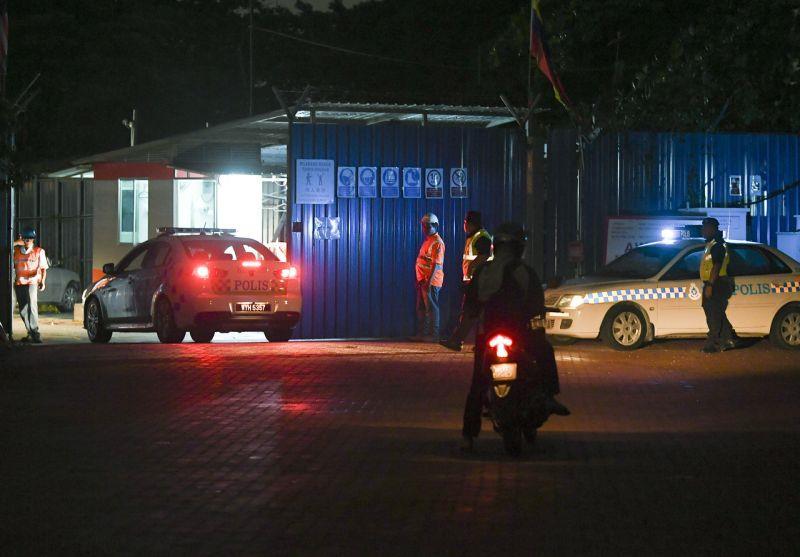 KUALA LUMPUR: The Works Ministry will investigate whether or not there was a violation of standard operating procedures (SOP) in the recent explosion at the Mass Rapid Transit (MRT) station construction site in Bandar Malaysia.Minister Datuk Seri Fadillah Yusof said the investigation would begin upon green light from the Royal Malaysia Police (PDRM) which were still investigating the case."We have to wait until the police investigation is concluded before the Construction Industry Development Board (CIDB) and the Department of Occupational Safety and Health (DOSH) could enter the site and figure out what happened.

"We have various technologies to scan and detect underground conditions to minimise damage to the cable or pipe below, this is a common SOP for project that involves underground work," he told reporters after attending the Construction Industry Transformation Programme (CITP) committee meeting, here today.A Bangladeshi worker was killed, while two others were injured in the 5pm explosion on Tuesday.PDRM had so far confirmed that the explosion was from an old unexploded bomb from the Second World War era.

Fadillah explained that such an incident was indeed unpredictable as what shown in the existing blueprint of the area might differ from the actual condition underground."Normally, the developer will acquire the underground blueprint from the local authority before starting construction, but at the construction site, the situation is different."The real condition differs from what was shown in the blueprint. This accident is beyond our control," he said.- Bernama